Our building permits were finally approved and we got started!

The City of Bend approved us for construction in mid-October, and Dan and our builder didn’t waste time getting to work. As soon as our permits were issued, Dan ordered our final survey and “porta-potty” delivery (required), and our builder ordered the lot excavation crew to begin.

I was in Redmond that next week to work with our project manager to pick out our tile, carpeting, floors, and other finishes. That was a huge task that we could not possibly finish in a single day, but after that first meeting I drove out to the home site to take a peek at the progress being made. As you can see above and left, I found we were finally underway!

Since I was getting ready to have surgery on my right foot in mid-November and knew I would not be able to drive for a long period of time afterwards, I made another appointment with our project manager for the following week in hopes we could finish up our selections. This time, I went to our property first to see what progress had been made in a week’s time.

Excited to share the progress our construction team had made, I started texting the photo above and several others to Dan and our two sons. All seemed well until I arrived back in Redmond at the meeting place. That’s when Dan texted me and asked that our project manager call him “immediately.” When I asked what was up, he said “the whole house is backwards!” He could tell from the forms in the photos I’d sent him that they had flipped the house plan and the garage was not on the side of the house that we had approved.

After much back and forth that afternoon trying to figure out how this could have happened, our project manager determined that the plans we had approved were not what actually got submitted to the City of Bend for permit approval. So you can imagine that with winter looming and the fact that the City had taken so very long to approve our permits in the first place, we were just a little upset. We were told our corrected plans would have to be resubmitted to the City once again for approval, and we were very much afraid this might mean another 2 1/2 month delay! Fortunately, our project manager pulled some strings and got the correct plans approved in less than 2 weeks time. She also promised that they would do everything in their power to keep our house to the original completion schedule, in spite of the situation at hand.

Fast forward to this week, (post-surgery, and post the recent snow-storm in Bend) when we received the photo below from our project manager:

Hallelujah! We’re past the hiccup and are moving on!

Please watch for future posts as our house begins to take shape. 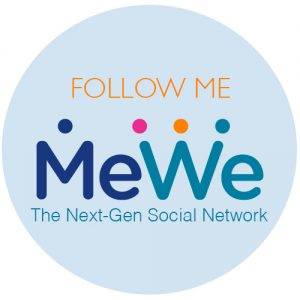